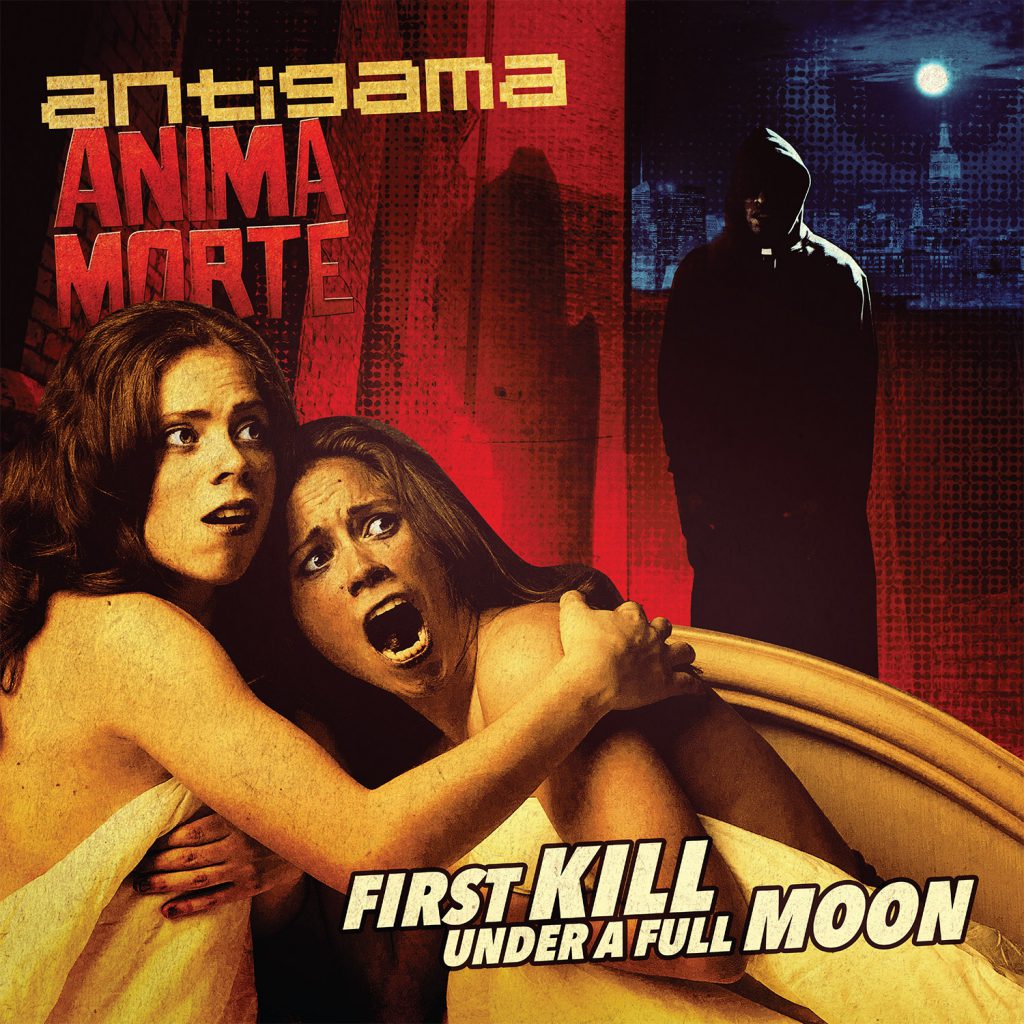 First Kill Under A Full Moon

Here is what the guitarist Sebastian Rokicki says about this release: “Being the worshippers of the old Italian giallo/horror/library soundtracks, Karol/Selfmadegod Records and myself are proud to share new Antigama release with one of the most outstanding bands nowadays cultivating the old tradition of the genre: Anima Morte! Our side of the split will include the cover of Maestro Alessandro Alessandroni’s “Malconento Popolare” and a brand new Antigama song “Brothers.”

ANIMA MORTE is a Swedish cinematic instrumental horror group established in 2004. Their music is progressive rock / horror soundtrack / instrumental, continuing the legacy of bands and artists like Goblin, Fabio Frizzi, Bruno Nicolai, Stelvio Cipriani, Rick Wakeman, Ennio Morricone and the likes. With three full albums, two 7″EPs and contributions to various compilations this is going to be the first split 12″LP in the band’s discography. The band recorded two songs especially for this release: one new original song and a cover of the theme from the 1977 movie ‘Il Gatto Dagli Occhi Di Giada’ (aka Watch Me When I Kill) by Trans Europa Express.

Here is what the Anima Morte founder Fredrik says about this release: “We have always loved to do unexpected collaborations and this one is no exception! It is a great example of how two seemingly different musical acts can come together and make cinematic sense. Anima Morte is very honored to be a part of this exclusive release with Antigama made reality on vinyl by Selfmadegod Records.”

The split is released in regular LP jacket with 5 postcards, flyer reproduction, sticker, and huge A1 poster! Strictly limited to 500 copies only, 100 on red wax and 400 on black wax. This unique record is supposed to be vinyl-only release and in the old fashioned way, this means no digital download included nor streaming available!