Serpents In The Fields Of Sleep will be released by Cadabra Records on vinyl in multiple colours/variants and packaged in a deluxe tip-on gatefold jacket as well as a limited CD, both of which will ship next week, with a digital download following on 28th October. To place your order, head over to the labels webstore or Psilowave.

Serpents In The Fields Of Sleep was produced by David Castillo and Anima Morte, engineered and mixed by David Castillo with engineering assistance from Iñaki Marconi at Studio Gröndahl in Stockholm between October 2018 and May 2021, with additional recordings handled at Roth-Händle and Uninvited Studios. The record was mastered by Thomas ‘Plec’ Johansson at The Panic Room and completed with striking cover artwork by Randy Ortiz, design by Eric Adrian Lee, and photography by Martin Gustafsson.

For their latest selection of H.P. Lovecraft tales, Cadabra Records presents two stories featuring the recurring character Randolph Carter. Carter, usually assumed to be an avatar for the author himself, featured as the main character in five of Lovecraft’s works, appears briefly in a sixth, and is mentioned in The Case of Charles Dexter Ward.

Given the adventures which Carter experiences in the tales related by Lovecraft, one must wonder just how the character makes it through an ordinary day, given that he’s experienced so much terror that one hopes he can open a locked door without suffering from an all-consuming fear at what lies behind it. This is especially true in the two stories which make up this record, “The Statement of Randolph Carter” and “The Unnamable,” which are incidentally the first two tales which feature the character.

Read here by by Andrew Leman and scored by Anima Morte, the two incidents are related first-person by Carter himself, and Leman’s delivery ably coveys the panic which Carter obviously felt at the time these incidents took place, but also the immense sense of world-weary exhaustion which has set in afterward. The recitation of the written lines themselves will surprise no one who has previously listened to Leman’s work on The Call of Cthulhu, The Shadow Over Innsmouth, and other of Lovecraft’s stories, but here, certain incidences of improvisation lend the readings a new verisimilitude. At once point in “The Statement of Randolph Carter,” Leman lets loose an exhausted sigh which conveys so much, it hits like an emotional punch to the abdomen.

The score, as written and performed by Anima Morte, is uniquely-suited to each tale. For “The Statement of Randolph Carter,” the musician drops in sudden noises which will cause the listener to turn around, panicked at what might behind them, so unexpected are they. Additionally, much as Carter returns to certain phrases in his titular statement, so does Anima Morte return to certain musical themes in his composition, resulting in a brilliant series of parallels. Utilizing low bassoons and flanging lines when Crater is speaking with his friend, the occultist Harley Warren, as the latter character descends into the depths of a hidden stair, the tones themselves readily mimic what is being related by Carter. There is also a delightful combination of dirgey synthesizers and twanged guitars which evoke nothing so much as the introduction to Pink Floyd’s “Time,” minus of course the ticking and clanging clocks.

On the flipside, we have “The Unnamable,” where one can feel the sun setting and darkness falling, before turning to pitch-black night in the cemetery. The story begins rather humorously, especially when listened to immediately following the record’s first side, as Carter’s friend, Joel Manton, chides Caryer for his “constant talk about ‘unnamable’ and ‘unmentionable’ things” as “a very puerile device,” quite in keeping with [his] lowly standing as an author.”

However, as the sun descends, so does the score, becoming replete with chimes and echoing hollowness, once again mirroring that which goes on the story, in this case the very sepulcher on which Carter and Manton are reclining. While “The Statement of Randolph Carter” begins at a very highly tense place and ends with heart rate and terror sky-high, “The Unnamable” eases the listener into fear, but is no less effective for it.

“The Call of Cthulhu” is the seminal story in H. P. Lovecraft’s literary output, and perhaps the seminal story in the entire history of twentieth-century weird fiction. It of course initiated the Cthulhu Mythos (a term devised not by Lovecraft but by August Derleth), and it heralded a remarkable burst of creativity that would belatedly establish Lovecraft as one of the premier writers in the history of supernatural fiction.”

Andrew Leman’s reading of H.P. Lovecraft’s short story “The Call of Cthulu” is accompanied by the music of Swedish progessive rock act Anima Morte, and the pairing of voice and score results in an audio experience which serves to increase the tension which imbues every word from the writer’s pen.

As Lovecraft describes, so does the musical score from Anima Morte go: “the malevolent tom-tom” with “its incessant beating,” “insane shouts and harrowing screams, soul-chilling chants” – “nightmare itself” within a “voodoo orgy.” As Leman reads the words, “It may have been only imagination and it may have been only echoes which induced one of the men, an excitable Spaniard, to fancy he heard antiphonal responses to the ritual from some far and unillumined spot deeper within the wood of ancient legendry and horror,” the music provides that cry of the distantly glimpsed creature, as though the Old Ones had once again come down from the sky.

The opening music features faint, distant and wordless vocals which foreshadow the swamp cult which we will later encounter. When describing the Cthulu statue encountered by Inspector Legrasse, there is also jangling sounds and rhythmic pulses to again hint at the celebratory worship of that cult, replete with hints of chants and shakers, as though “the swamp and lagoon country to the south” of New Orleans had come north to the American Archaeological Society’s annual meeting in St. Louis.

The sonorous notes which echo throughout every moment of “The Call of Cthulu” are portentous, as well, reflecting the vast oceanic depths from which “The Madness from the Sea” will rise and be encountered by the crew of the Vigilant. The mellotronic tones, coupled with the ever-growing intensity of the drums, recall Fabio Frizzi’s immortal themes for Zombie Flesh Eaters and The Beyond, eerie in their unnatural reproduction of acoustic sounds.

The slow, sweeping chords which accompany the tale of R’lyeh are interstellar in their scope, further demonstrating the skills of Anima Morte to convey the many aspects of this globe- and galaxy-spanning work of Lovecraft’s. Once the crew enters the “sea-soaked perversion” of non-Euclidian geometry, the music becomes as grand and mythic as the environment in which the sailors find themselves. It’s chiming while grinding, two sounds which causes one’s nerves to twinge as though they were there in R’lyeh themselves.

For details and availability of the vinyl editions check directly at Cadabra records or Psilowave!

ON SALE NOW!!! H. P. Lovecraft’s Dagon, read by Andrew Leman, score by Anima Morte, art by Karmazid and hand calligraphy by Pencilmancer. Includes liner notes by weird fiction scholar S. T. Joshi and Anima Morte. There will be a few very limited packages available. Cadabra also have a limited amount of 24” x 36” posters that will be included in direct orders, first come first served. This is a very limited first pressing so don’t sleep on this!

We are happy to announce our collaboration with none other than Fabio Frizzi for a jointcomposition to be released on a collectors edition vinyl single released on Giallo Music. 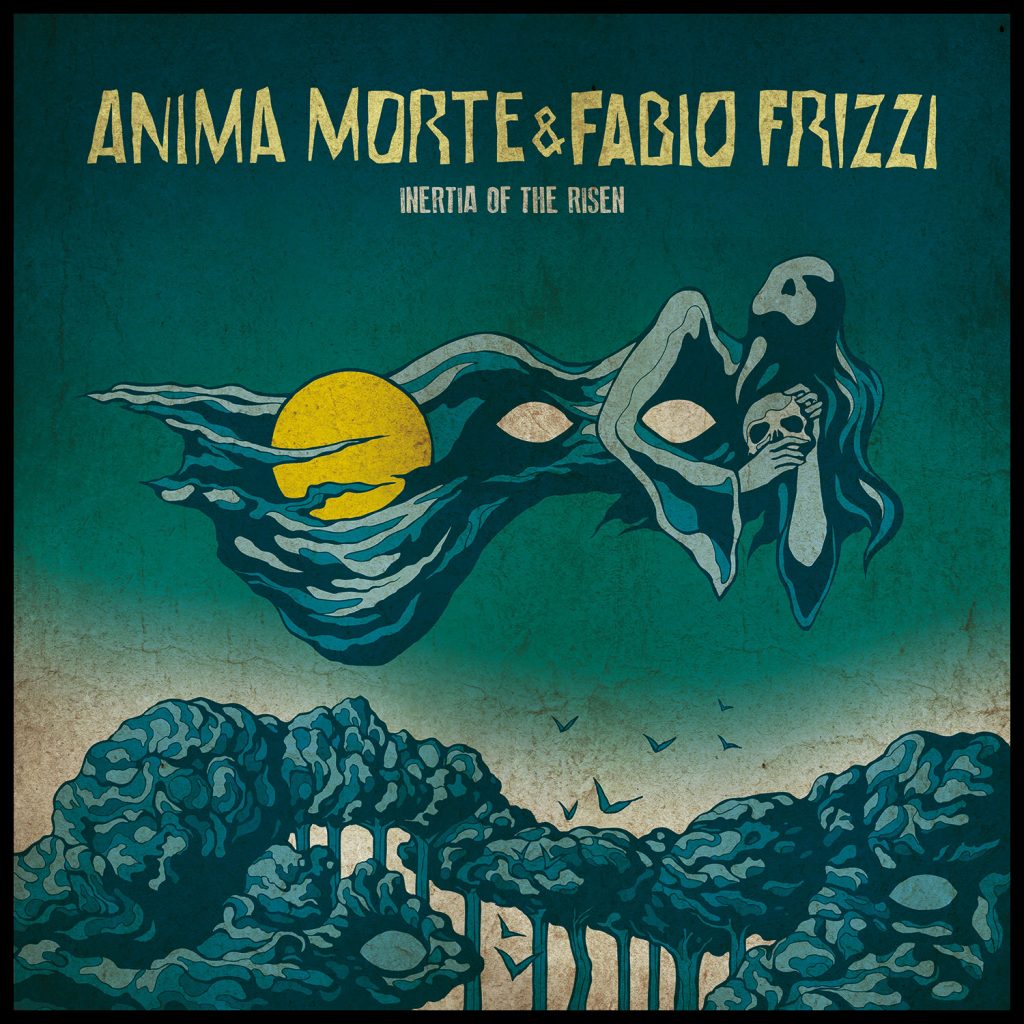 SELFMADEGOD RECORDS has a pretty awesome T-shirt in stock! An exclusive tribute edition to “Il gatto”! Get it now before it is too late! 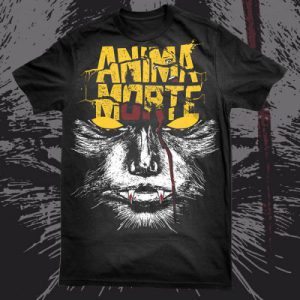 Alright ghouls and girls we are back! The last site got hacked and it took us a while to get back on track. There are still some quirks and stuff to sort out, and unfortunately we didn’t find any backups of the old posts, well c’est la mort! We all enjoy a good purge now and then right? Most news are available from our Facebook or Twitter page anyway so follow us there if you aren’t already!